Never Forward Until The Kings And Subjects Unite

If you were the king life was great. Servants took care of your every need, you had riches and castles to live in. If you were a subject, you would have to answer the kings call when needed. If the king decided he wanted to attack his neighbor to try to expand his land, then you would have to go to war for him. If you survived and were victorious your prize was basically getting to return home to your family.

The ages of kings is mostly gone now because as time has gone on it became pretty clear that society and civilization doesn't progress unless everyone is able to progress. If the king is the only person that can see improvement in their standing the only way to move up is to kill the king. But there can still only be one.

There is something that still exists in our nature that lures people to want to be king. Not in the same way from ages past, sitting on a throne in a castle. But sitting on thrones of money, power, and influence. You see it in the pharmaceutical CEO who is making millions while their subjects, I mean patients, who need their medicine to stay healthy are barely able to feed their families.

These kings don't just sit in the CEO corner office or hold the highest government offices either. People try to create their own little kingdoms all of the time. We can see it in the managers, teachers and coaches who treat those they are leading as if they are their to make them look good.

They say that power corrupts, which I believe is true. We need to be aware of what is in our nature. We need to surround ourselves with people that will tell us the truth of how we are behaving. We need to have the courage to stand up to people who are starting to abuse their power and make them see it won't be tolerated.

Until we decide, as the smallest of teams to the largest of organizations or countries, to work together so everyone is able to move forward from where we are today, success and progress will continue to elude us. 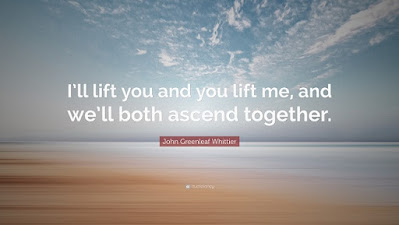