Showing posts from December, 2020
Show all

What Do You Want To Be When You Grow Up? 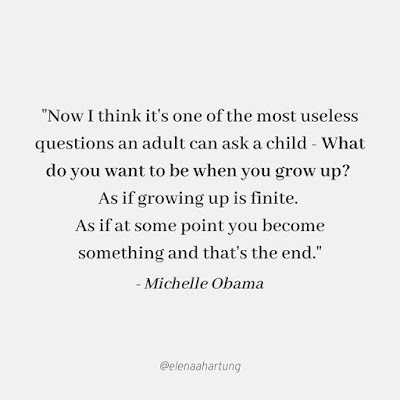 It is very interesting to me as I learn about the college search process with my daughter. She is a junior in high school and we've seen a number of presentations around what she should expect and plan for, even as early as her freshman year. It is crazy the pressure on kids to figure out what they want to do with the rest of their life. They are told that they need to start taking classes as a freshman to put you on a path to not only being ready for college but improving your chances of being accepted. The irony is during the same presentation they are told that college isn't for everyone and there are lots of different learning opportunities to prepare them for a career that best suits them, many of which don't involve a four year degree. They should use high school to take a variety of classes and explore what they may want to do. But, if they wind up figuring out what they want to do requires a four year degree they could be having to catch up if they took to many elec
Post a Comment
Read more 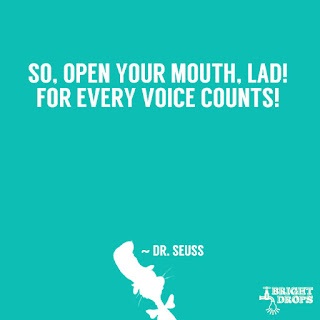 With the recent election in the US, depending on the state you are in it can feel like your vote doesn't matter. After all 150 million votes were cast 1 single vote doesn't change the outcome. Your vote is your right, and your voice. It used to be that women or African Americans couldn't vote. They didn't have a voice. If your voice doesn't matter, why do so many people fight for the right to be heard? Your voice matters. The vast majority of us in the human race will not be remembered after we are gone. What we say or what we write may not be heard or read by many people, but you have influence over your audience, no matter how small it is. The audience that counts probably more than any other is ourselves. Even if nobody else hears us, even if nobody else thinks that our vote matters, it is what we tell ourselves that becomes more true than anything.  Never let anyone tell you your voice doesn't matter.
Post a Comment
Read more
More posts