Showing posts from December, 2019
Show all

A Cord Of Three Strands Is Not Easily Broken 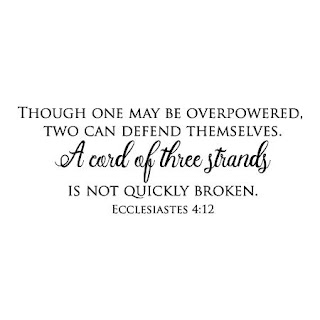 If you've ever studied how lions hunt you will see a pretty simple pattern in their hunting style. Their goal is to separate one of the slowest and the weakest from the rest of the herd. A lion facing a herd of water buffalo will easily be killed. But if he can scare the herd into thinking about self preservation, they will scatter and the slow and weak members of the herd will be left behind. While it may seem like we aren't in a survival mode like in the wild, we do face the same tactic. Bullies at any level try to separate and take people on one-on-one. If you are the biggest kid in the class you can probably beat up anyone if they are by themselves. But it is highly doubtful you will see someone take out multiple people at once. When the herd unites and turns to face the lion, the lion will back down. The divide and conquer strategy is one of the oldest tricks in the book, yet we continue to fall for it. We should always be aware. There are extremely serious situations
Post a Comment
Read more 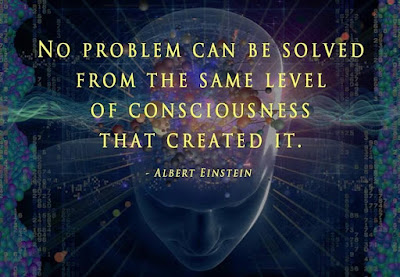 It is easy to want problems to just go away. We've all faced some problems where our answer is if we ignore it or put off dealing with it maybe it just ceases being a problem. Sometimes that can be effective, but it all depends on what type of problem you are facing. The area where it almost never works is when there is interpersonal problems between you and another person. You are never going to get along with everyone. At work or school there are people that just have different ideas from you and you will always be like oil and water. Recognizing the fact that you aren't going to be best friends is one thing, but ignoring issues that make it hard for you and another to work together is completely different. If you are in a leadership position it is important to identify areas where team members just don't get along. In sports you will often see it where a member of the team is traded because they just don't fit in with the rest of the team. Generally there are eno
Post a Comment
Read more

Merry Christmas - Yes, I Said It 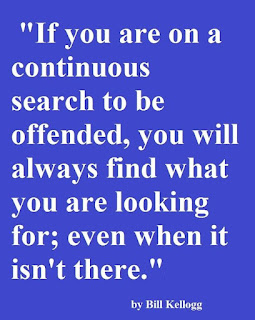 This post was first published on Christmas Eve. Can we even call it that anymore? We live in a world where we are all striving for political correctness. We either don't want to offend or are told we must not offend. Christmas has become the time of year where we take the notion of not offending anyone to an extreme. Society seems to believe we can no longer say Merry Christmas for fear of upsetting non-Christians. We simplify it as generically as possible to "The Holidays". I understand that not everyone believes in Jesus Christ, but even if you don't believe, it doesn't change what the day is, Christmas. We haven't renamed December 25th as Consumerists Day to celebrate the massive amount of retail spending that we do, though maybe we should considering what we focus on. It is called Christmas. Even if you don't believe chances are you work for a company that is closed on Christmas Day. My hope is never to offend anyone, but I'm also not going to
Post a Comment
Read more

Ownership And Commitment - Control And Dedication 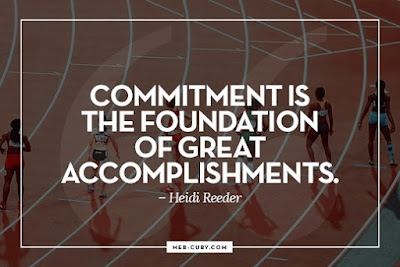 We have many words that we use to describe how we want people to behave at work and in life. We want people to be accountable, to be responsible, to take ownership or take the lead. Often I feel that gets misinterpreted as control. Take the word ownership, when we think we own something for some reason we think we can control it. If you own a business you are in charge, and there are pieces you can control. You can control who you hire and fire. You can control your pricing. You can control the features your product has. You have no control over how the people behave, if your customers like your product and if anyone will buy it. If you own a house you can control the temperature and the color of the walls but you can't control a storm breaking a window. If you own a car you can control how often you wash it but you can't control if someone hits you in the parking lot. Being accountable or responsible can be viewed in a similar fashion. It is important to find the right w
Post a Comment
Read more

Communication During Change - You Must Drive The Narrative 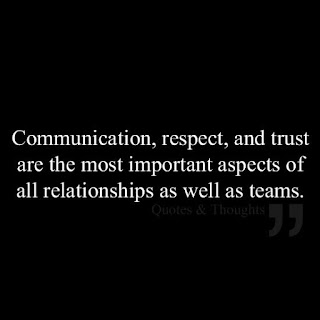 There are times when changes need to be made, as a leader this is one of your most critical times and it will probably define if you are successful or not. It doesn't matter what the change is. It could be having to lay off a bunch of workers, bench your player that has started all year, or implement a new process or policy. The way you handle communication during those moments of transition are vital. The most common mistake people make, they think they are clear. They explained it once, sent out a memo or told their direct reports and told them to pass along the information. Whatever method you used I guarantee you it wasn't enough. Change is hard and you need to repeat the message to make sure it is clear, consistent and everyone is actually on the same page. The other factor that most often gets overlooked is how much people will talk to each other. You can end every email, speech and memo with an invite to ask any questions, yet people will talk to each other more than
Post a Comment
Read more

Always Manage Your Time And Your Money 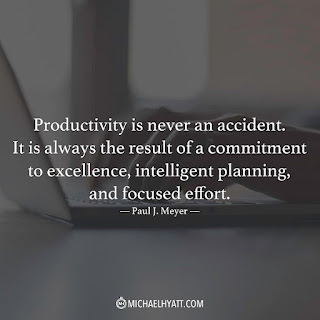 There is a concept in personal finance coined by Dave Ramsey as the Debt Snowball. The concept is pretty simple, you make a list of all of your debts from smallest to largest and you pay the minimum required on each item except the smallest. You then make as large of a payment as you possibly can on your smallest debt until you have paid it off. Once it is gone you take everything you were paying, plus the amount paid for your second smallest debt and work towards paying it off. You continue until you are debt free. I did this earlier in my life when I had some credit card debt, a student loan, a car loan and my mortgage. First step was to make sure I had a budget so I didn't accumulate new debt. After that I was able to pay off everything but my mortgage in about 15 months. The key with the Debt Snowball is that you need to recognize there are mental games we can play to reward us and motivate us. The strategy isn't to identify the highest interest rate debt or which one g
Post a Comment
Read more

Getting Fired, Overlooked And Ultimately Getting Your Dream Job 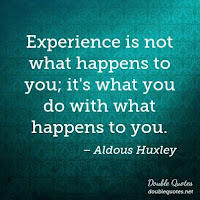 If you are a fan of college football, you have to like seeing the story playing out at LSU this year, especially for their head coach, Ed Orgeron. Orgeron got into coaching as soon as his college playing days were over and after 20 years as an assistant got the opportunity to be the head coach of Ole Miss in 2005. Things didn't go well and he was fired after just 3 seasons. Back to being an assistant he worked his way back up as a top assistant and in 2013 was named interim head coach at USC after their head coach was fired during the season. At the end of his interim season he thought he would get a second chance to be a head coach, but it didn't work out that way. After being passed over for the head coaching position he resigned and took a year off. In 2015 he was once again an assistant with LSU. Little did he know that one year later, part way through the 2016 season he was back in a familiar position, his head coach fired and acting as the interim head coach. This time th
Post a Comment
Read more

What Do You Want To Be When You Grow Up? 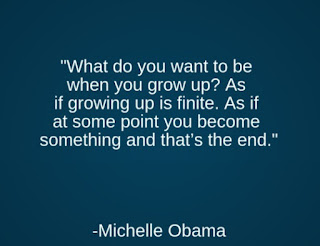 What people want to do is a question we start asking people very early. We ask kids from an early age what they want to be when they grow up. My first grader already answers very confidently that she wants to be a teacher when she grows up. I believe it comes from her admiration she has always had for her teachers. As kids get older we start asking what their plans are after high school, are they going to college, what do they plan on studying. When we talk with someone in college or a parent of a college student we ask what their major is. Sometimes in those conversations kids and young adults don't know. My dad joke response is usually, "That's okay, I'm still trying to figure out what I want to be when I grow up." I'm in my 40's and I think I am finally pretty clear about what I want to do in my life. Maybe it means I'm finally all grown up. I recently heard a stat the average millennial has had 7 different jobs in their life. The irony i
Post a Comment
Read more

Do You Know Your Role? Does The Team Agree? 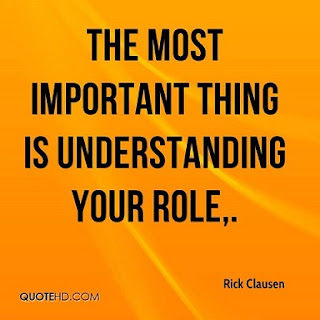 Are you clear about what your role is? I'm not talking about your job or position, because that should be pretty clear. But your role can change project-to-project or game-to-game. I'll use a sports analogy because it is pretty clear, if you are a wide receiver, that is your job. But your role can change depending on the game, the opponent, the score and the play called. If it is a running play your role as a wide receiver is to block down field. If you run a route on a running play trying to get open to catch a pass it doesn't help your team at all. Everywhere else is it is the same. My job is a project manager, but at times I have to be a business analyst, systems architect, tester, trainer, etc. It changes by project and by what is needed in the moment. The clarity that is needed is by being on the same page with the other people on the team. At the start of the project if roles are defined you don't just decide to change unless the whole team is clear with the c
Post a Comment
Read more
More posts