Making An Impact By Observing

August 06, 2020
With my job there are at times late night calls to execute a change to minimize the impact if something goes wrong. One of the benefits of this is you can learn some new and interesting things as you are talking with people outside of normal hours. This week I learned about something called the Observer Effect which is my new favorite concept.
The Observer Effect is a theory in physics that by simply observing a phenomenon you are impacting the phenomenon. A great example of this is checking the air pressure in your tires. When you check the air pressure you let some of the air out in the process to get the reading of the air pressure. It is a miniscule amount but it is there none the less.
If you want to see this effect in real life, pick a friend or spouse and observe them. Don't say anything, just sit down with a pen and paper and take notes about what you observe. I guarantee that you you will have an impact on them, simply from your observation.
The reason I love this concept so much is because all of my life I've noticed this unreasonable set of variables that determine if something will go wrong. If we don't think a scenario will come to pass it will likely be the scenario that does in fact happen. So we need to prepare for that scenario. But now that we've prepared for the scenario it doesn't play itself out. The scenario that we thought was most likely to happen? You guessed it, that is the scenario that never plays itself out.
What we see and know, what we observe is what we plan for. The key in this concept then is the more we observe the more we can impact. In a world where people try to impact things with all of the tact of a sledge hammer, the key could be in simply observing more. 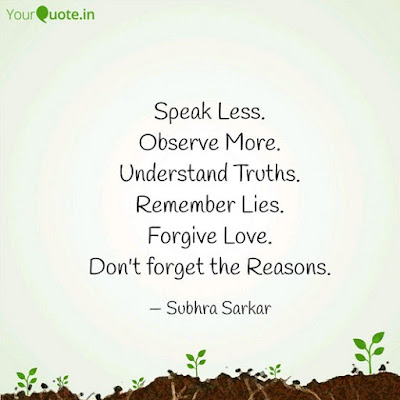