Listened to a great podcast recently on Simon Sinek's A Bit of Optimism. Sinek interviewed filmmaker Deeyah Kahn. The topic of conversation was Extreme Listening, which sounds like an unusual term, but when you hear Deeyah tell her stories it makes sense. Deeyah is a Muslim and made a film called White Right: Meeting the Enemy. The documentary is about her spending time with white supremacists. Her work is all centered around people most of us would consider horrible human beings that you would never want to come into contact with. But listening to her tell the stories and how she got to know these people, it really made me think about how much we don't like to listen to others. It is where Sinek came up with such a great concept as extreme listening.

We argue and debate by trying to convince everyone why I am right and my opponent is wrong. It puts all of the focus on me, my opinion, why my way is better. That isn't how you change peoples opinion. Deeyah Kahn was able to change what people think by listening to them first. She told a story about how she befriended a fairly high up officer of the white supremacy group she was following. Over time he realized that he needed to walk away from it. Khan was able to do that by first listening and learning about why a person/group thinks the way they do. Normally we like to just dismiss a person as crazy, or sick, but few people ask the question why they think and act as they do. Sometimes if you ask the question you might learn something, and for the person, just the belief that someone cares about them and what they believe can change their whole philosophy.

If you love pieces that make you think and cause you to learn something new about people and our society take a listen to this episode. I haven't had the opportunity to watch any of her films, can't find them streaming anywhere, but this podcast gives you a good understanding. 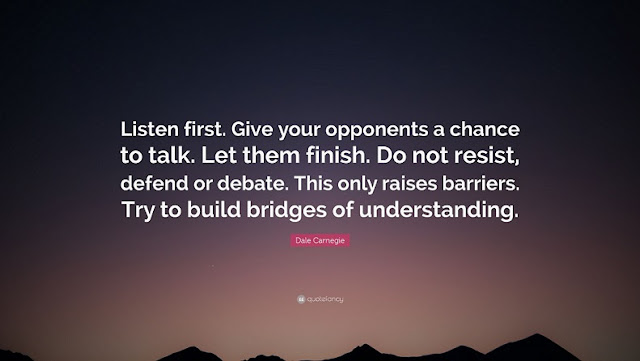