Rising Above The Ceiling Society Places On People 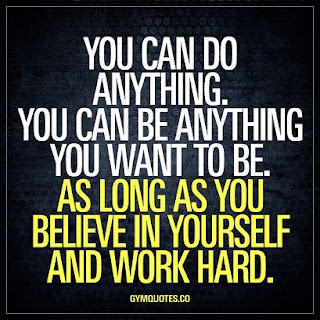 I know it seems at times like you have it hard. It seems like the deck is stacked against you. I was reminded this week, a person is capable than more than we often think they are. There are countless examples in this world where people overcame the odds that were stacked against them. The thing about the odds are there is always a chance. (For those of you that have the Dumb and Dumber line running through your head, the same thing happened to me when I wrote it.)

I came upon two stories this week that remind us that just because something is a long shot doesn't mean that it is impossible.

The first is a story about a player on the Penn State volleyball team that was born with a hearing deficit. Not only is she playing at a collegiate level, she is playing at an extremely high level. I love the story about an entire crowd that was silent through the first 9 points of a match to raise awareness and show their support.

Jonni Parker was born with a hearing deficit that was discovered at the age of 4.

In support of Jonni Parker and to raise awareness for International Week of the Deaf, @PennStateVBALL decided to participate in a Silent Set. pic.twitter.com/FhKLo6nGFY
— Penn State On BTN (@PennStateOnBTN) October 1, 2019

You can listen to Casey's full speech here.

Don't Let The Perfect Be The Enemy Of The Good

I've heard this saying a number of times recently, in a variety of formats. I like the version that is attributed to Voltaire mostly because I like pretending to be smart by quoting Voltaire. There are too many times we don't like to move forward because we don't have all of the information, haven't covered all of the scenarios, or feel like we don't have all of the experience we need. We don't apply for our dream job because we feel like we don't have the experience needed or are simply afraid of being told we aren't right for the position. We don't want to start writing because we feel like there are lots of other writers that are much better than us. The part we never see is the countless hours of practice and bad writing that happened to become better, to be the writer we see today. Everyone starts out as a novice, a beginner. You can still make music even if you aren't Mozart. You can still write even if you aren't Shakespeare. You
Read more

Focus On The Things You Can Control

I am watching as my children grow up and finding that one of the hardest things I've had to teach them is how to worry about the things that you can control. They are like most of us in that things others do or say can drive them nuts, including their parents and their sisters. It is a good opportunity to teach them about grace, forgiving someone even though it feels like they don't deserve it, but also to remind them of what they can and can't control. The things that we can control are the things we should be focusing on because the rest will just waste our time and energy, ultimately leaving us feeling more frustrated and angry. It is a good reminder for myself, because if I'm being honest, there are times that I do the same thing. We probably all do because we are only human. This graphic from Jon Gordon is a good reminder of where our focus should be. So much of our lives we can't control, but the parts that we do can make a huge impact. The choices we m
Read more

I realized I use the term perfect storm a lot. I think of it when a complex set of variables all come true to create a low probability outcome. If any one variable had been different the outcome doesn't happen. The intended definition of perfect storm is a rare set of conditions happening. If it is supposed to be rare, I'm the unluckiest guy in the world based on the number of self proclaimed "perfect storms" I've been in. So maybe they aren't all perfect storms, but they are negative situations. Situations that arise because of a number of factors lining up to create the situation. Looking back on those times it is easy to look at it and say, "If only one of those factors had been different we wouldn't be in this predicament." Perfect storms hit us in all kinds of ways in our life. It doesn't have to be this monumental or impossible task to be able to track all of the variables to see the warning signs there is danger ahead. We say we only n
Read more