History Has Its Eyes On You

July 02, 2020
Hamilton is coming out on Disney+ tomorrow and I am so excited to watch it. I've been singing along with the album for the last 4 years and have never had the chance to see the show. I remember when I first learned about it I started reading more about the history behind the musical. I had heard about the famous dual and knew Hamilton was one of the Founding Fathers, but there was a lot that I didn't know.
I've been learning some new things, doing some new research lately as I have have once again realized how little I really know about the history of our country. I've heard the terms before but didn't really know much beyond the surface of the Reconstruction era, Jim Crow laws and the Civil Rights movement. I was this many years old before I had heard about Juneteenth, celebrating the actual end of slavery in the United States. I grew up knowing about Abraham Lincoln and the Emancipation Proclamation, and that was in the middle of the Civil War, but I'm still shocked that I had never heard of it before. It very well could be I heard it and never paid attention to it before, which is unfortunate.
I've also been into The Three Musketeers recently which led me to read more about the history of France during that era. While the stories we know are works of fiction, the characters were all real and some scenes are based on historical events. It is interesting to learn what is historical about the characters we think we know so well. Sometimes characters are embellished because the truth is just not as entertaining. Other times characters and events are changed to fit the narrative some groups want us to understand.
Understanding our history is important, but just as important is understanding the facts of the people that are telling us the history. Too often we find things being covered up, truths altered and lies circulated in the hope that if enough time goes by people will ignore or forget the truth.
History is something to be studied for sure, but a history textbook is not guaranteed to be the truth. We can learn about history but it is important to learn the truth. We also must remember that we are creating history every day. What we do today is directly related to what is written in the history books for generations. 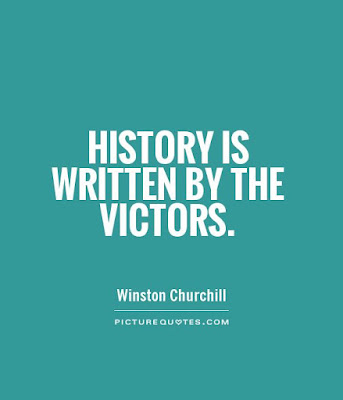