Changes And Newness - An Opportunity For Better

December 18, 2018
It has been an interesting and crazy last couple of weeks for me at work, but it is probably the most energized I've been in at least a year. Aside from the normal every day craziness, we are in the process of rolling out some new tools and procedures on how to organize our work and requests. I didn't realize how much energy starting something new gives me. To start with a blank canvas, learning from the last paintings you did and seeing all of the possibilities it can become, there is no greater feeling in the world to me.

I've written about starting new things before (here and here). I've never been a person that minded going through change, which is unlike many people. But the thing that I realized is that it isn't about change, or the shiny new toy to play with that will be less interesting in a few days. It is about the opportunity to create something better. 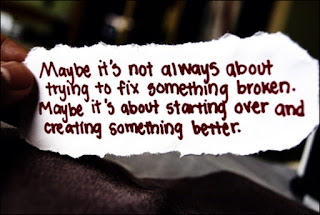