Breaking Down The Walls That Exist In Organizations 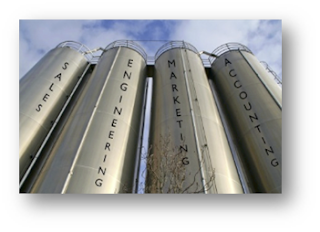 I'm guessing we've all been in situations where it feels like you are fighting between departments or groups that you ask, "Are we not on the same team?" If you've never felt like that, you are either in a great environment (which I would love to talk with you and understand how it happens) or you are a company of one. But if you do find yourself in that situation it can be very frustrating. If we are all on the same team why is it so hard to work between divisions, between departments and with another individuals sitting right beside us doing the same job? Even when you talk about the people that feel like you aren't on the same page with, they are nice and helpful, you would describe them as a good team player and yet the silos still exist. So what do we do about it?

It all comes down to getting buy in and agreement on the goal. If everyone agrees to what the goal is and what they are trying to accomplish you have far fewer issues. It is getting everyone to actually agree to the goal that is the hard part. Everyone has their opinion and everyone is already busy that they don't want to take on more work, even if that may be the right thing for the company. When something adds 5 minutes of work to a task for you it is a lot harder to take that on when you feel swamped, even knowing it could save the company 10 minutes in other departments.

Patrick Lencioni had a great example in his book, Silos, Politics and Turf Wars. There was a hospital that had issue with their doctors, nurses and administration not getting along, arguing about what should be done and who should do it, sometimes to the detriment of the patients they served and all agreed should be most important. But the one area of the hospital that didn't hold true case was the emergency room, where everyone had a job but in the moment anyone would do anything if it meant giving them a better chance of saving a persons life. In the emergency room the goal is clear, most of our work the goal is not as clear. So instead we find ourselves building our walls as we try to protect our own time and sanity.

If we want to start tearing down the walls we need to find the common goal and get agreement. That is hard because it takes time and conversation. Beyond the shared goal, the true power comes when you can build a culture where people are on the lookout for ways they can make someone else's life easier. If we start doing that throughout the organization the walls will come down.
Organizational Development Serving Teams