Being First Does Not Guarantee You Are The Winner 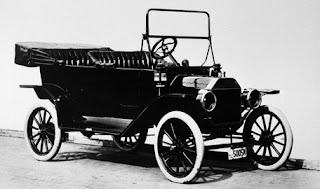 So often we want to be the inventor, coming up with something that hasn't been seen before. In our jobs we want to be the person that solves the problem nobody else has. To be remembered as coming up with the process that fixes our issues. Greatness is usually not found in the invention, instead it is found in the daily grind. It is about finding a better way to do something that already exists like what Henry Ford did with the Model T, making the process more efficient and far less expensive. Or it is about taking your creation and making sure every day you continue to make it better like what Google does with its search engine.

The daily grind is where greatness lies. Doing the little things every day, consistently getting better. Never resting on yesterday's success, looking towards what needs to happen so you are ready for tomorrow. Taking that idea you had and consistently performing every day. Never stop inventing, but once you have the invention that is when the real work begins.
Consistent Greatness Work