What Do People Outside Your Organization Say About Your Culture?

Every organization has a culture. Some cultures are very defined, extremely clear to see what it is they stand for. Other cultures are less defined. It might seem there is a clear definition the heart of it is usually just about an organization that is built to feed the ego of the owner or head of the organization. You see this in departments or companies where every person that has a good idea is let go and only those who submit and cater to the leader are allowed to stay.

Patrick Lencioni says, "An organization has to institutionalize its culture without bureaucratizing it." This is what so many organizations get wrong. You have to take a strong stance when it comes to culture, what is accepted and what is not. What isn't acceptable cannot be tolerated in any way. You see this in many sports, where there is just a little more leeway for the star player while those riding the bench are punished for the same infraction. Such actions immediately begin tear down what has been built. So you need to be disciplined.

I believe a culture is something which isn't for everyone. Not everyone buys into the culture at Nordstrom or Disney, but most people respect what they do even if it isn't for them. I think the test of a great culture is if those outside of the organization respect what you have built and what you stand for. If they don't, your culture quickly transforms into a cult.

The culture of your organization is the greatest asset you have and should be cared for as such. 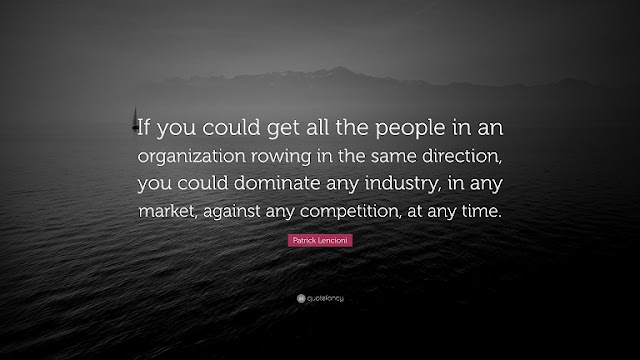 Note: An organization has many forms, many we don't think about. Organizations are businesses but they can also be schools, churches, teams, governments, countries, communities, families and online communities.