Learn The History Of What You Love

May 14, 2020
If you are a sports fan you've probably heard about The Last Dance, the documentary about Michael Jordan and the Chicago Bulls currently airing. Anyone who saw Jordan will tell you he is the greatest basketball player to have played the game. That has come under debate recently with many current NBA fans claiming LeBron James is the greatest ever. I'm not hear to debate who is better, what interests me is how much people, especially young people, only know of recent players. It happens in every generation to a degree but I think as time goes by people get less interested in the history of the thing they love. Because of the documentary many people are listing their top 5 or top 10 players of all time, and they are listing Jordan but they are leaving out greats of the past. To appreciate LeBron you need to understand what Jordan did. To appreciate Jordan you have to understand what Larry Bird, Magic Johnson, Kareem Abdul-Jabbar, Wilt Chamberlain and Bill Russell did before him.

I remember growing up, I was a huge baseball fan. Like many kids I tried to wear the number of my favorite player. For me that was number 4 Lou Gehrig. How does a kid pick a player whose debut in Major League Baseball was over 50 years before I was born? Part came because he played first base like I did. But it was also because of his story and what he did on the field. I loved baseball so much I studied the history. I didn't read a lot when I was a kid but I did read any book about baseball there was. I would read biographies on stars everyone has heard of like Babe Ruth, but also about Honus Wagner, Walter Johnson, Christy Mathewson, Ty Cobb, Jimmy Foxx and Shoeless Joe Jackson. Players many baseball fans today wouldn't even know about. We barely have pictures of them let alone any video. But the stories live on and the imagination of a little boy who dreamed of playing professional baseball could make their stories come to life.

If you are a fan of something, do you know the history? History is boring when we don't care about the subject. When I grew up history in school always seemed like a timeline of which war America fought in. If you aren't interested in military history that can be boring. But every subject, interest, hobby or sport has a history. Do you know it? Do you know the stories of the greats who built the thing you love into what it is today?

Whatever your interest, become a historian. Chances are it will make you love it even more. 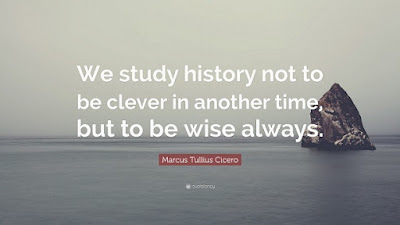