Microsoft The Musical And The Hidden Talent All Around 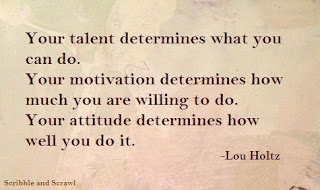 It isn't hard to figure out that I'm a fan of Broadway musicals. Especially given the fact I have written about it in the past, (here and here). It gets even better when worlds collide like they did when I learned about a musical video created by a group of interns at Microsoft. That's right, Microsoft the Musical is a real thing.

My first observation, it was nice to be reminded I'm not alone in what many find to be an odd mix of interests. Computers, logic and business can co-exist with a love of theater and being a dance dad. Second, it was very entertaining, especially the way they aren't afraid to poke fun at themselves with the line about how unsuccessful the Windows phone was.

The coolest thing about this though was watching all the way through the credits. The number of people listed as part of making this video is fascinating. All of the talent in creating this video came from what I would affectionately refer to as a bunch of geeks. This isn't just having a few people who can sing. They had singers, dancers, choreographers, stunt people, a full orchestra, video production, directors and editors.

The big lesson here is there is more talent around us than we ever realize. No matter what your job, the co-worker across from you might have a talent or hobby you would never guess. Take the time to get to know people, you may be surprised at what you learn. Who knows, maybe you find enough people with the right talents to put together something amazing.