How Do You Select A Captain For The Team?

March 06, 2018
My latest book is The Captain Class: The Hidden Force That Creates The World's Greatest Teams by Sam Walker. It is an interesting read, one of those books that starts with a lot of research to discover something. It crosses multiple sports to find out what was the unique thing that made the greatest teams of all time so different. As you can guess by the title, there is something special about the captain of the those one for the ages teams. You would think they were talking about a superstar player, but it was often a person that many people never heard of or often overlooked, even if they were a fan of the team.

Great teams have someone that leads from the trenches like few can. Someone who sees the vision of what the team is trying to create and is willing to do the dirty work that is sometimes necessary to get them there. They set an example that drives everyone else on the team to give even more of themselves. There is a reason they are a captain.

There is a lesson there for all of us. Are we behaving like a captain of the team in our organizations? Our answer cannot be that we will be able to do more if we are given the authority to actually lead the team. If you are desperate to attain a position of leadership, then you are probably not ready for it.


One of the great paradoxes of management is that the people who pursue leadership positions most ardently are often the wrong people for the job. They're motivated by the prestige the role conveys rather than a desire to promote the goals and values of the organization.   - p. 141 of The Captain Class

Put your full support behind the goals and vision for the organization you work for. I have seen more teams fail, or worse flounder, because the people on the team didn't understand or didn't agree with the vision. Intentional or not, it undermines the impact the team can make. You need people at every level in an organization or team to be able to carry out the vision. I think that is one of the problems with the world today. We are so desperate to pedestalize the superstars that we overlook the captain. I think of the number of hall of fame superstars that they talk about being great but never having the opportunity to play for a championship. Rather than searching for more star players, maybe you need to be searching for people that can exhibit the qualities of a captain. Is the goal to have more superstars or is the goal to win championships?
Greatness Leadership Teams 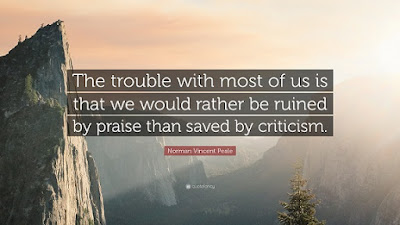