The Perception Of Time With The Passage Of Time

I read an interesting fact posted by @chrisderose about the show The Wonder Years, which premiered 33 years ago in 1988. The show depicted events 20 years earlier in 1968. A similar show today would be set in 2001.

His tweet about this blew up because it is crazy to think about. I, like so many, remember watching that show growing up and it seemed like it was based on events from so long ago. It makes me wonder, did my parents recall those events as easily as I can recall events like 9/11 or the hanging chad of Bush vs. Gore?

I was thinking of music the other day when I realized I was listening to the "oldies" station playing music from the 80's and 90's. I remember growing up listing to music from the 50's and 60's, I spent some time searching for a station that played that era of music and I couldn't find one near me. You could find a channel on Spotify or Amazon Music of course, Alexa would serve it up for me no problem.

Things change as does our perception of time. In 1981 it was 40 years from the bombing of Pearl Harbor, 1981 is 40 years ago from now. I was 12 years old when The Wonder Years came on, and the 60's and Vietnam War seemed like distant historical events. Ask a 12 year old today and I'm guessing 9/11 seems about as far in the past. 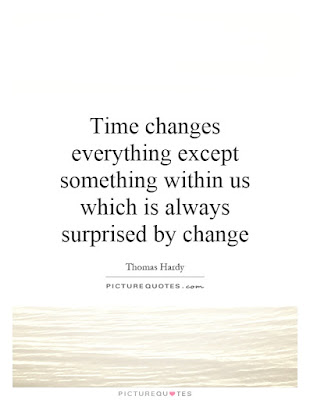