On Not Vilifying Someone Who Doesn't Think Like You

April 07, 2020
It is interesting to see how people react to the new world we live in. Even more interesting is how people react to others reactions. Social media is an interesting space, it always has been. You have the people who seem to rip on everything and love to argue without facts. A time like this, full of fear, anxiety and a host of questions has only compounded the problem. You also have many people who try to spread positive or uplifting quotes and nuggets of information, just trying to help people make the best of this terrible situation. Sometimes those paths cross and it is an interesting look at human nature.

I was reading a post from an author that is known for being very positive, some might even say he is over the top, he's a Pollyanna. He shared a post about how we have a choice in how we react to the situation we are in. Someone came back at him and vilified him for stating such a thing. When there are people losing jobs, getting sick and losing loved ones to tell them it was a choice was one of the worst things he could do.

I can't even show you the post because he took it down. He tried to explain his motives but in the end he wanted to do nothing that was going to cause more division because it is the last thing we need right now. It really made me think because we have come a long way as a society of the old saying, "If you can't say nothing nice don't say anything at all."

I wish more people would understand not everyone is the same. Different people don't react the same when they hear the exact same thing. It is okay to not agree, move on and find the words and the help you need that will encourage, motivate and make things better for you. But taking away something that others may need is selfish. It is like saying nobody should ever watch a movie or read a book because I didn't like it. In a time like this we should be extending more grace to each other than ever before. 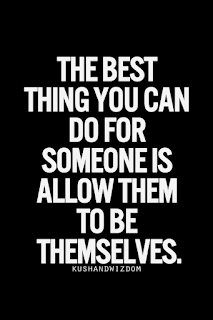