Having The Hard Conversations

November 19, 2019
Too often I see managers, or people in a leadership position, avoid having a hard conversation. I get it, it is hard to be the person to tell someone they aren't performing or behaving in way they should be. When you finally do address the problem, did you do it in a way that was clear to the person? Do they really understand what they need to be doing differently?

The longer you let things go the more difficult the conversation becomes. If there is a problem, deal with it. If you have a water leak in your house, the earlier you address it the less damage you actually have to deal with. You can mop up the excess water, run a de-humidifier and maybe not have to spend a dime. But ignore it, hope it goes away or hope that it will just fix itself...your repair bill grows with every passing day. 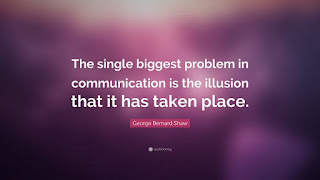